Yesterday, Julius's heart skipped a beat… it skipped a beat in joy.
While strolling through the aisles of an asian supermarket close to Wittenberg Platz, Julius took his chances asking one of the employees, "Haben Sie Natto?" ("Do you have any Natto?") - all of this in perfect German, of course. His mild near-heart attack occurred just as this employee responded, "Ja, Natto haben wir!" ("Yes, we've got some!") Natto. NATTO!
It's one of our most intriguing discoveries about Japan! Those of you who already know about natto are surely grimacing in front of the screen right now…. but listen, natto's real good!
For those not yet initiated, what is this stuff?
"Nattō (なっとう or 納豆) is a traditional Japanese food made from soybeans fermented with Bacillus subtilis. Some eat it as a breakfast food. Nattō may be look repulsive because of its powerful smell, strong flavor, and slimy texture. In Japan nattō is most popular in the eastern regions, including Kantō, Tōhoku, and Hokkaido."
Repulsive isn't quite the right word. To appreciate natto, you've got to be able to get past it's nasty façade and also its stark stink - and ignore the bubbles it makes when you mix it with soy sauce and mustard. At first, it's perhaps even better not to get too hung up on the taste.
So Julius and the intern are a pair of gustative guerrillas, huh?
In any case, they've become absolutely mad about natto. And today, they've lovingly broken out the little boxes they bought yesterday for the savory nostalgia of Nippon.
Demonstration: 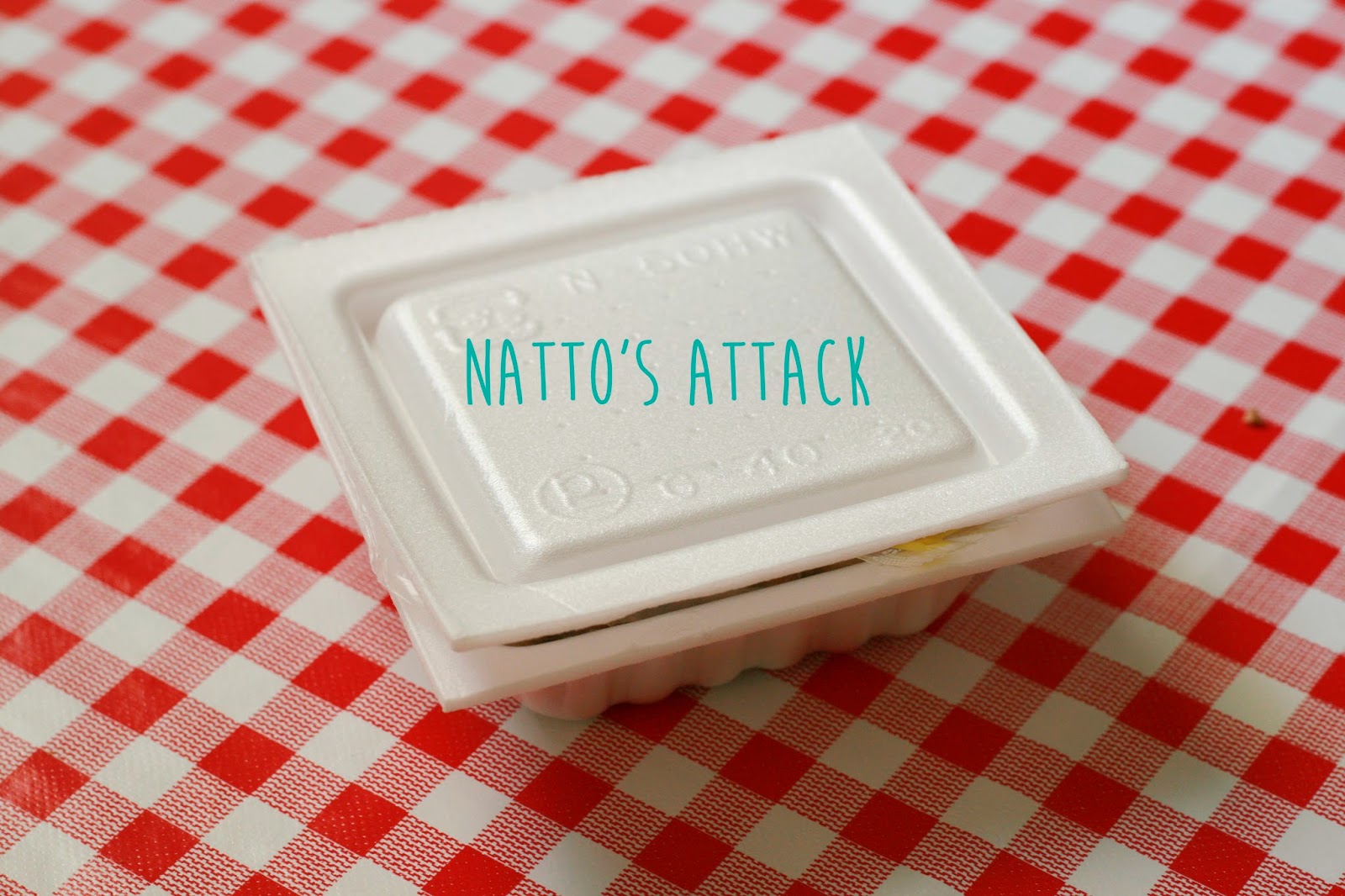 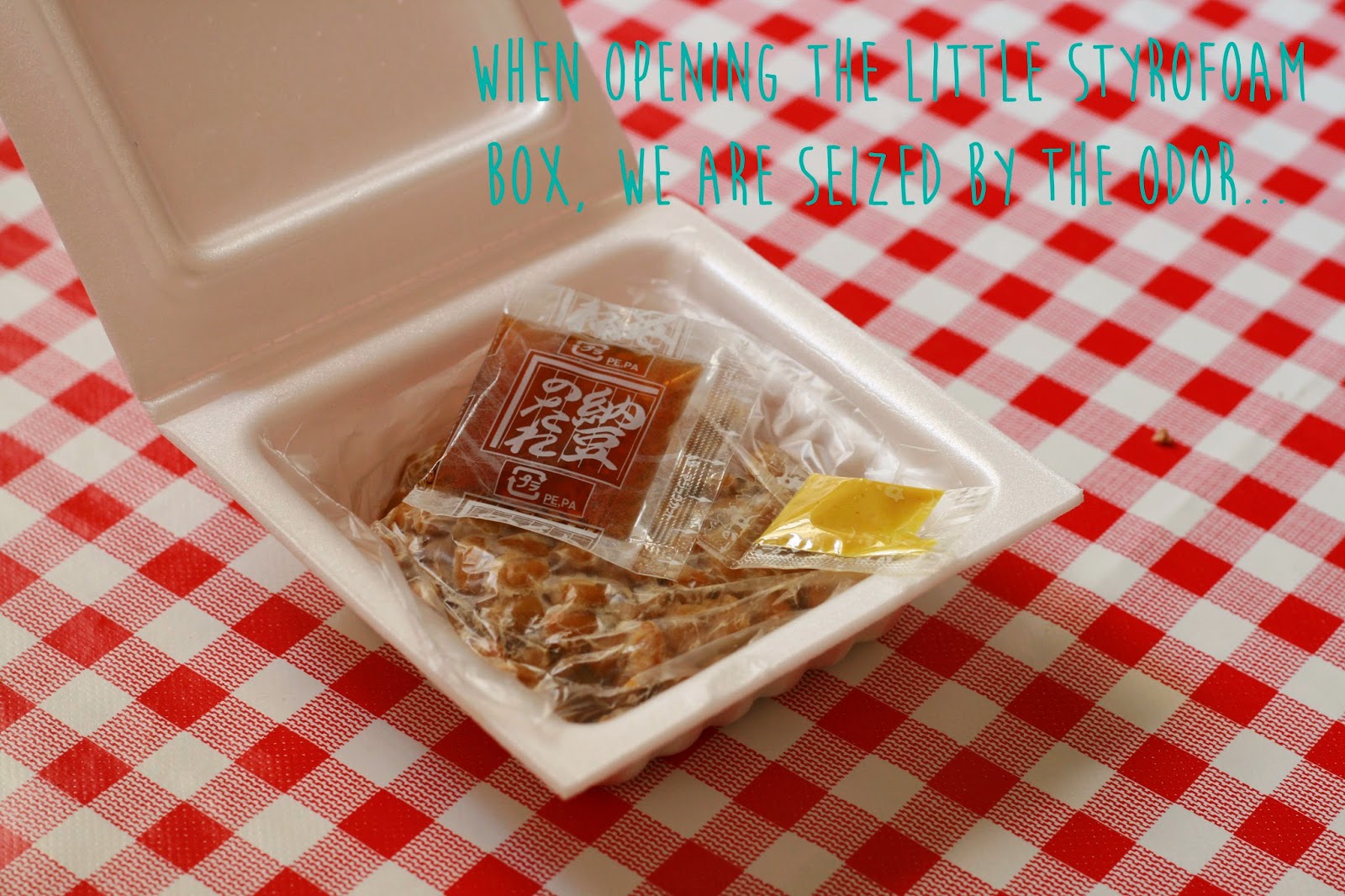 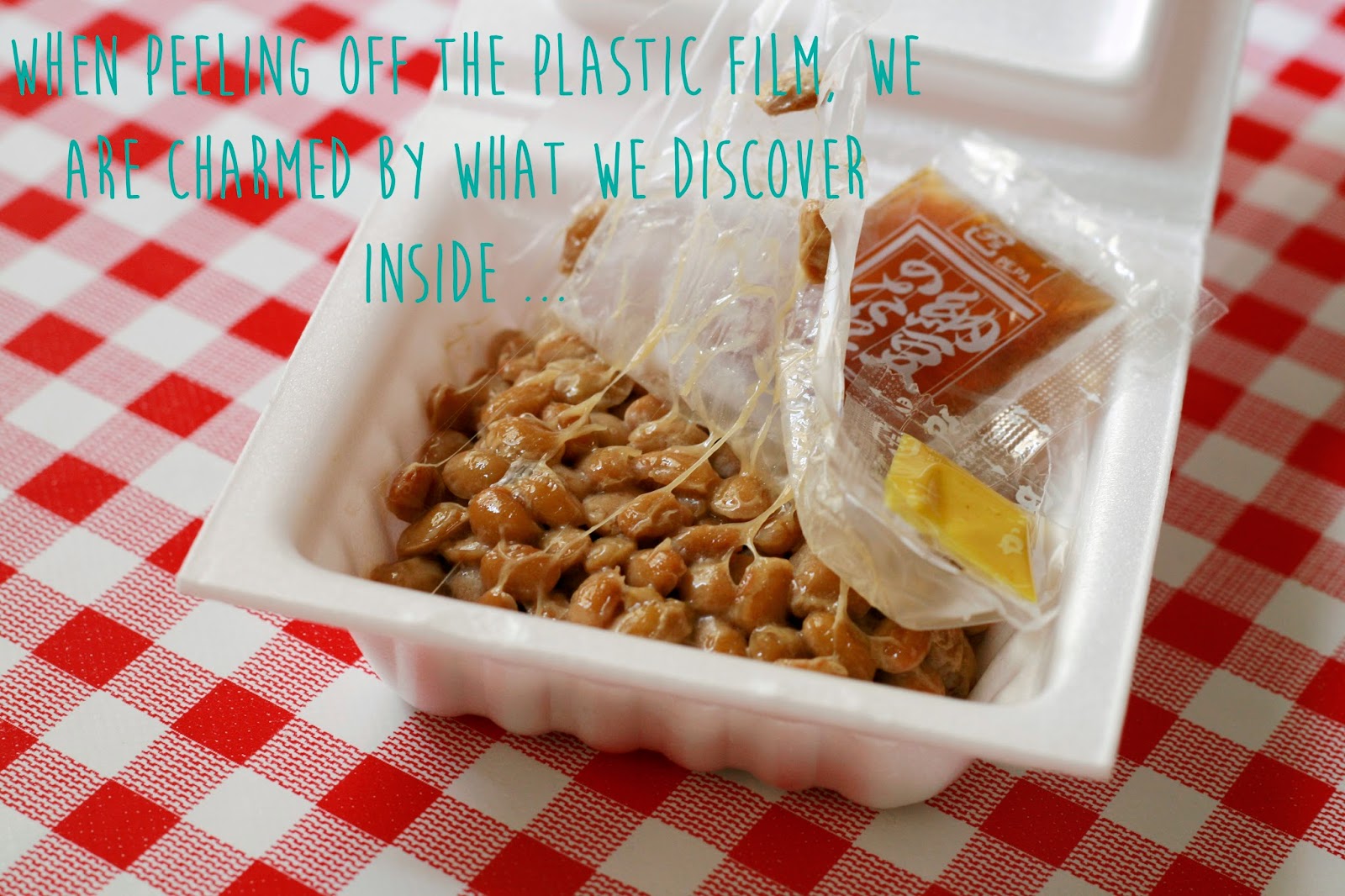 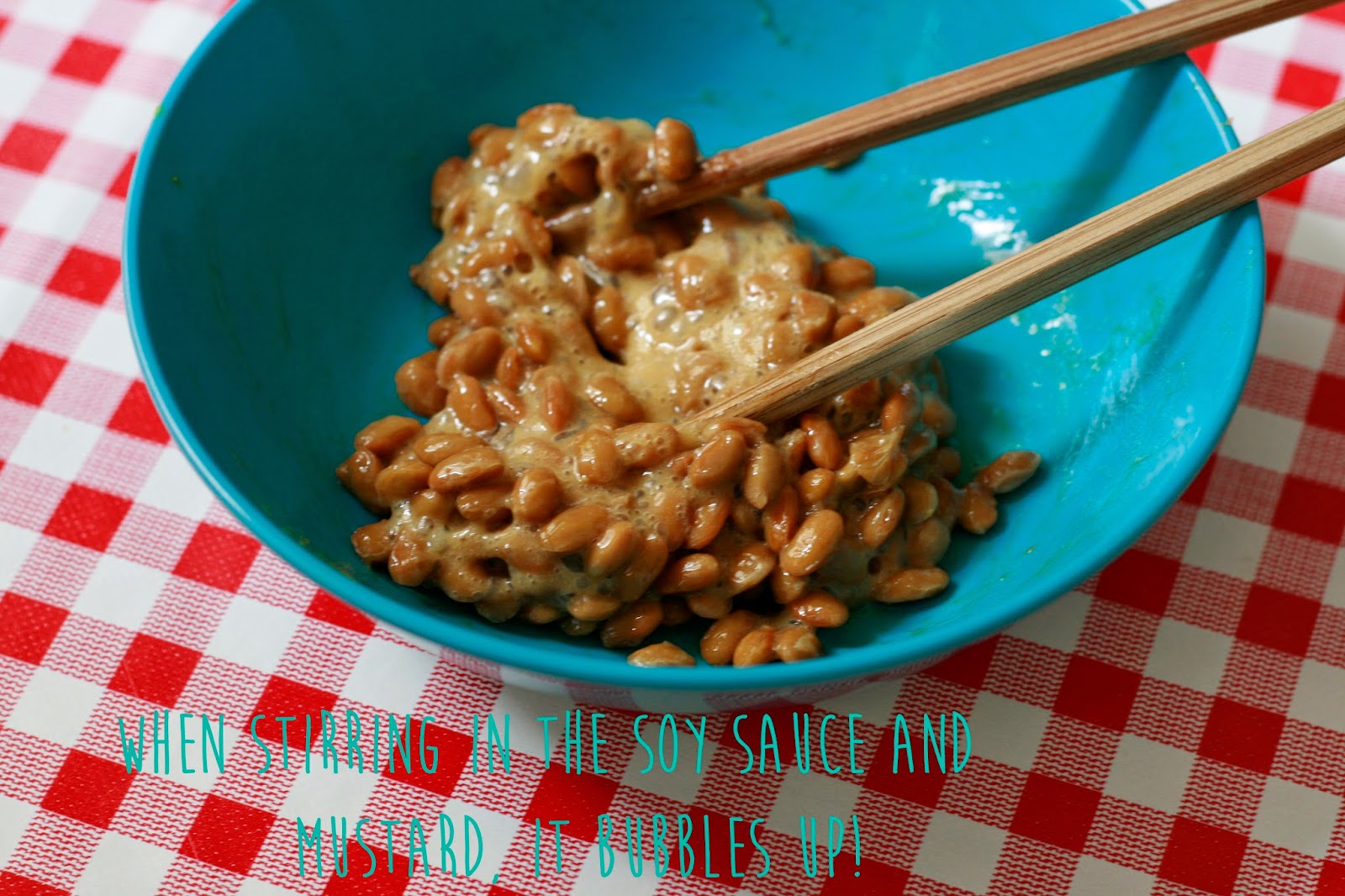 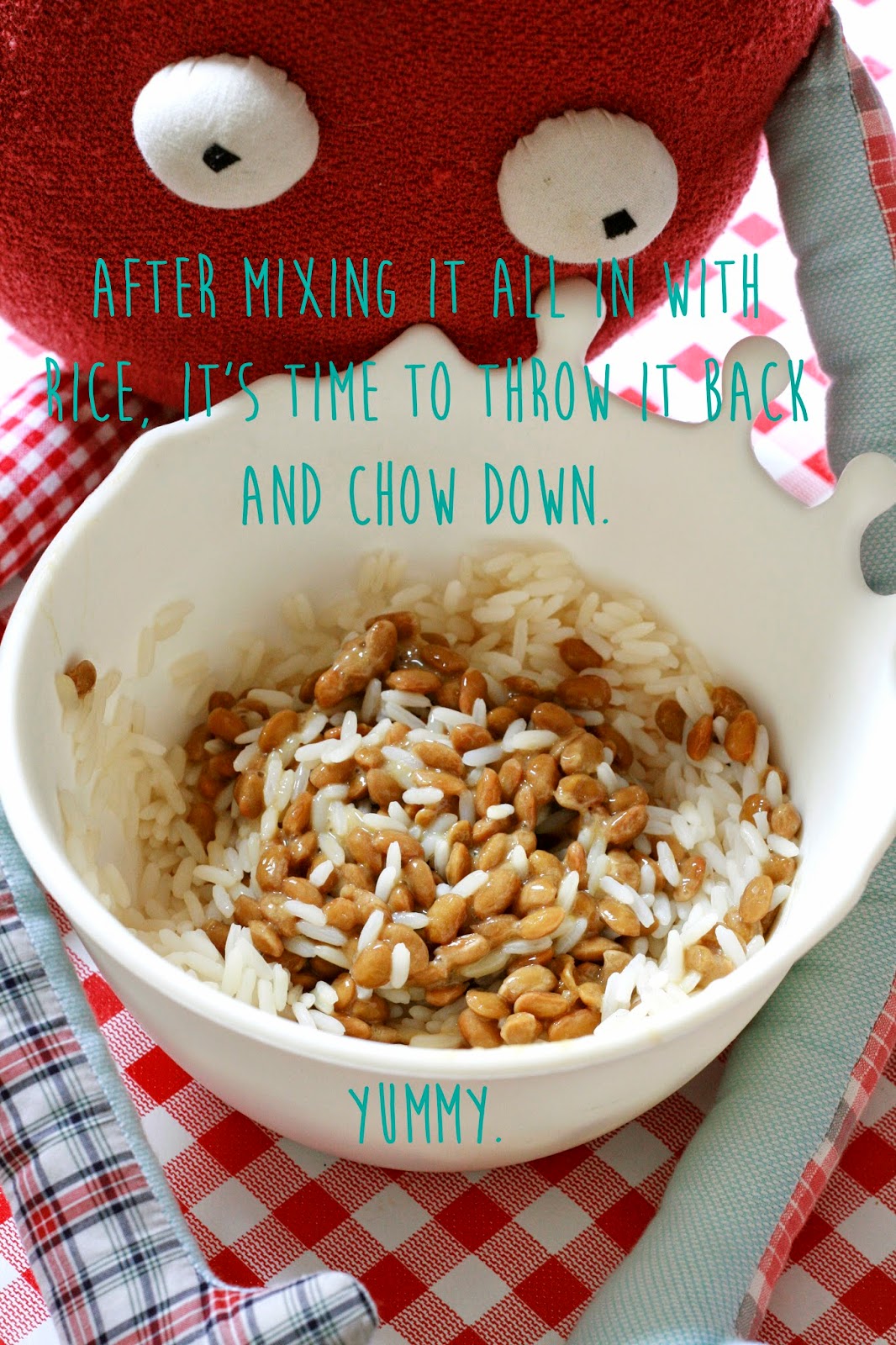 So are you convinced yet?
Publié par Unknown à 04:22